“Scrap the MOT! …and spend the money on improving drivers skills” says the Adam Smith Institute.


This was the message sent out by the Adam Smith Institute, a right wing think-tank and published in national newspapers in late July. The Institute suggested that such a move would save motorists £250M a year and claimed that the MOT is a “classic case of poor policy”, and that the Government should scrap it and, “bring itself into the 21st century and focus on driver error”, which it says is by far the main cause of accidents.

Well, it is our understanding that most MOTs in the United States were relatively rudimentary in the first place – so its unsurprising that scrapping them made so little difference. 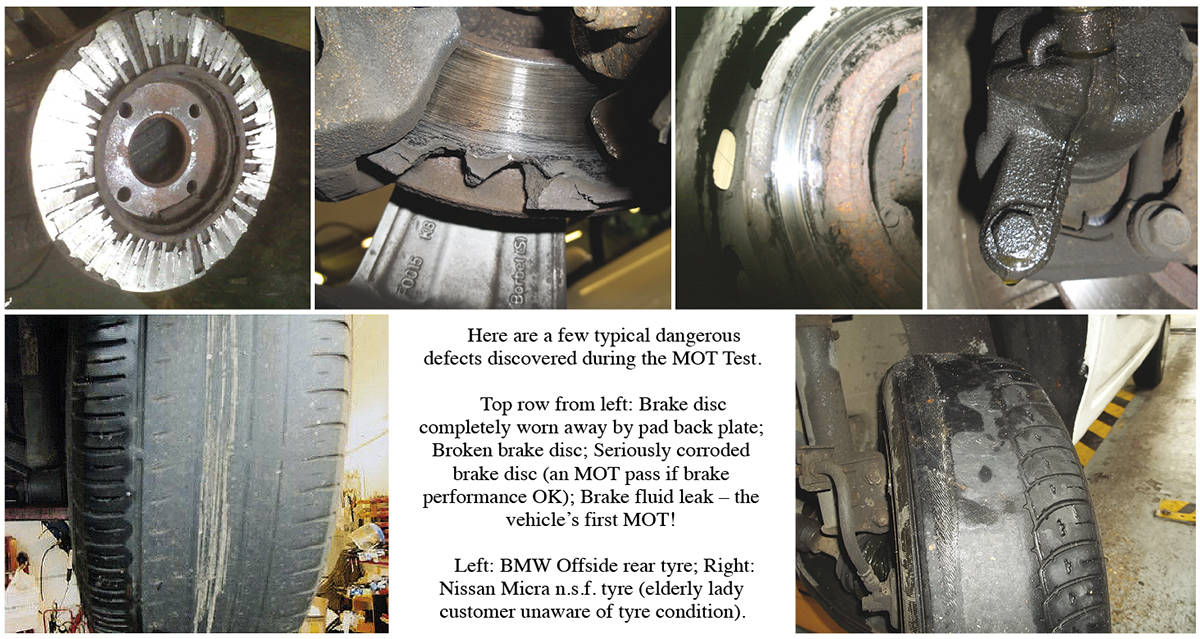 The think tank also suggested as an alternative, reducing MOT frequency to every three years, and that, “MOT Tests are meant to prevent crashes and save lives, but they’ve never been put to the test themselves”. That reveals a serious lack of research by the Institute. Both the Department for Transport themselves and the Road Research Laboratory have produced reports about the effectiveness of the MOT, and in both cases, albeit at different levels of seriousness, they concluded that reducing MOT Testing would cost lives and increase serious injuries due to additional road accidents caused by vehicle defects. 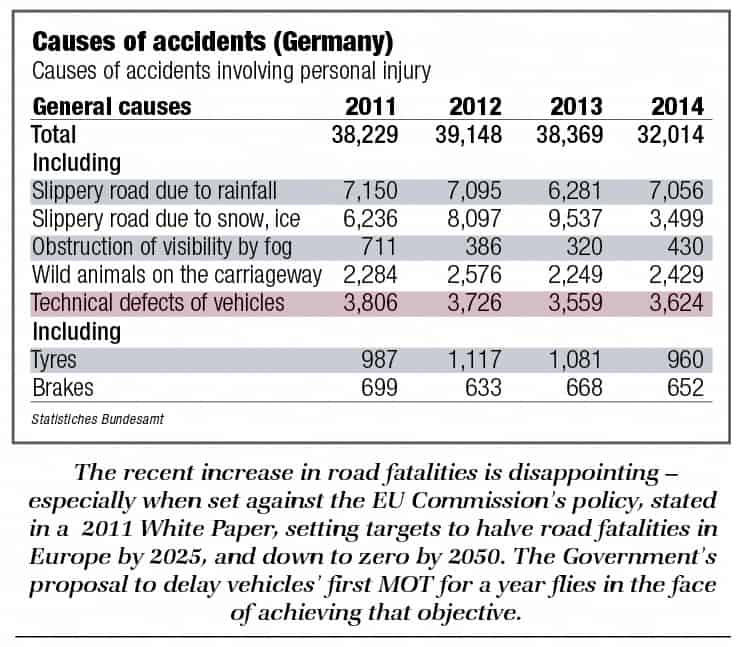 On the other hand the AA have roundly condemned the idea noting that scrapping the MOT, “flies in the face of driver opinion” and pointed out that in a recent opinion poll, 94% of motorists thought it was ‘very’ or ‘quite’ important. Their President, Edmund King said, “The MOT is appreciated by the vast majority of drivers and means that at least once a year, for cars over three years of age, there is an independent check on safety and vehicle emissions. It would be a backward and dangerous step to scrap it.”

Interestingly the AA’s view was supported by the comments online in response to the Daily Mail’s article.

The Royal Society for the Prevention of Accidents take much the same view, their Head of Road Safety, Kevin Clinton saying, “MOT Testing helps to minimise the number of unroadworthy vehicles on the road, as it ensures motorists are getting their vehicles checked on a regular basis. Tens of thousands of vehicles fail their first MOT Test due to faults such as tyre defects, brake failures, steering defects, or problems with the driver’s view of the road or with their seat belt and restraint systems. All of these are failures in safety-critical items.”

On the other hand the DfT provided a rather meek response. Rather than fully supporting the MOT Scheme, and noting it was a robust way of ensuring road accidents caused by vehicle defects were minimised, they said “‘Although modern cars are better built and safer than those that existed when the MOT Test was introduced 58 years ago, there are still fatal accidents every year as a result of vehicle defects.”

Now the Adam Smith Institute used to be very close to the Conservative party some years ago, but not now. Nevertheless the Government got knocked back on their recent quest to dilute the MOT. So whilst at MOT Testing we don’t usually subscribe to conspiracy theories…

A bad idea, and unlikely to happen, but…

With public opinion very much in favour of continued MOT Testing, scrapping the MOT altogether will be unlikely to gain any traction. However, after Brexit we won’t be bound to the EU’s MOT Directive, so some would say that extra money from motorists not having to get an MOT and have their cars repaired is another Brexit benefit. But of course, that doesn’t count the cost of the significant number of deaths and serious injuries which would follow if the Adam Smith Institute’s daft idea of completely scrapping the MOT were seriously taken up by Government.

One has to wonder what motivated a think tank like the Adam Smith Institute to suddenly come up with such a badly researched, poorly argued and misguided report into something as mundane in general terms as the MOT Scheme. These guys  normally work on serious national, global and international strategic issues – so why spend their money on looking into the MOT? Unless, of course there’s something happening here that we don’t know about!