Owning and running an MOT Testing Station differs from other businesses. MOT Testing is governed by DVSA’s rules interpreting European Union (EU) Directives. DVSA regulate the performance of MOT Testers and AEs who can both be ‘dismissed’ by DVSA if the rules are broken; and a key commercial factor, the price of an MOT, is capped by the Government.

There are about 22,800 Testing Stations employing up to 60,000 MOT Testers mainly in small businesses. So what should MOT businesses do to ensure that they operate profitably, productively and efficiently without falling foul of DVSA’s disciplinary processes?

All shapes and sizes…

The number of Testing Stations continues to increase, which is puzzling as it isn’t getting any easier to operate profitably. Perhaps it’s the perceived kudos of that triple triangle sign outside the door and the ease of setting one up. Few Test Stations are multi-lane. Most are small sites. Even large ‘Fast-fit’ businesses and dealership groups having mainly single lane outlets. So what the key decisions in operating a Testing Station?

Marketing policy: Which customers? – retail, local motor traders, or dealerships without MOT facilities and so on – discounting policy.

Staffing and equipment: What sort of Test Lane? Traditional two man Testing, a one person lane, or a fully automated ATL. 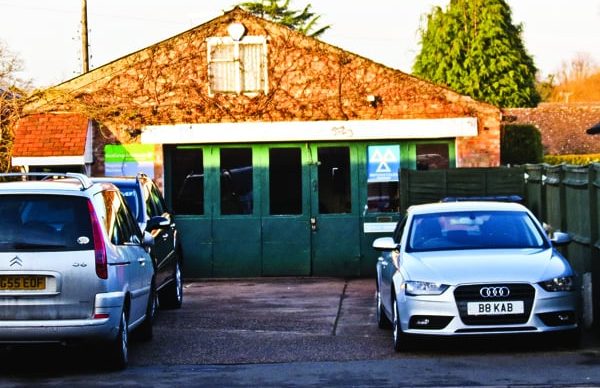 Take these in turn:

Marketing policy
Some marketing decisions are risky. MOT Testing for car dealers can cause problems. They may want passes on the promise that a ‘small’ failure will be fixed; and they don’t like advisories. But if DVSA questions that problem pass without advisories, they may determine you didn’t even inspect it… so be careful! Discounting is an issue. DVSA say there’s no evidence it reduces MOT quality, but you’ll get a higher ‘risk score’ for excessive discounting – as it could put time pressure on Testers.

Staffing and equipment
MOT Testing Stations can’t currently benefit from modern technology because DVSA’s MOT computer, still under development, can’t accept emissions or brake Test results directly from the equipment – inhibiting productivity. Staffing is important, especially using experienced and knowledgeable Testers. With recent changes in Training, novice Testers may not be as good as they were beforehand when they had probably worked at a VTS as MOT assistants before their training. That should improve as the new training system beds in.

Maintaining MOT quality
DVSA’s power to withdraw ‘Authorisation’ from Testers and Authorised Examiners could, if MOT Testing isn’t done correctly, threaten the company’s survival. So knowing what causes poor quality MOT Testing and how to improve it is important.

Testers want to do the job properly. Some may be inexperienced and unknowingly miss defects in unfamiliar vehicles and new Testers may be particularly prone to making such mistakes. For more experienced Testers, complacency or carelessness can set in. Then there are those determined to cheat the system – pure fraud. Poor Testing is primarily caused by:

Inexperience – Remedy: Monitoring, assign a mentor to observe and advise novitiate Testers as they gain experience.

Fraud:
To detect fraud, regular Test-slot audits are vital. If more slots are used than Tests sold, then there maybe a problem. Ensure every Test fee links to a vehicle registration number.

Discrepancies will stand out. Now check Test times and IP addresses (was it logged-on off-site?) – if they’re OK, and the car was Tested at your site, there’s either a clerical error or missing money – theft. But if that Test took just a couple of minutes, or was issued from a computer off the premises – it’s more serious; double check to be sure. If so, suspend the Tester and tell DVSA. If you report it, you’re unlikely to be disciplined. If they find out for themselves – you’re in trouble!

The old MOT computer’s Test logs showed the last 100 Tests done by each Tester, so AEs could assess Testers’ relative performances, and against the national average. Recently DVSA have facilitated the ability to see the last three months of Test history for each Tester. That can be helpful; for example a low fail rate with a ten-year-old vehicle average is something to look at more closely, but be careful, and treat such comparisons with caution. The age of vehicles can make a difference, as can the type of Test lane being used. If, however, you see Tests completed regularly in just a few minutes or less, that says something’s wrong – look closer!

The key to maintaining MOT quality, is to develop a quality culture within the business, so every Tester strives to avoid making mistakes during MOT inspections. It should be an environment where MOT issues and pass/fail criteria are regularly discussed. Yet even then, if errors still occur, the key is to learn why they happened.

Keep an MOT incident book. Maybe a customer without the cam-belt history for his car was unhappy when turned away, or the internet connection failed and an internet dongle was used instead. Or a Tester, uncertain about a pass/fail issue called the helpline, or asked a colleague for an opinion, or even inadvertently made a mistake. Then, when things are quiet, go through the book, talk about those incidents, and invite the assistants and managers (if you have them) to join in.

Remember too, that with the new ongoing training, those discussions can be written up in the Testers’ training logs. This gets the Testing staff thinking about what they are doing – changing their attitude to MOT Testing as more than just an onerous, repetitive task… it also helps at the next ‘risk assessment’ visit.

Every MOT workshop repair and re-Test is a quality control opportunity. The repairing technician can confirm the defect was correctly failed; and get the quality controller to occasionally do a full re-Test after the repair. Write up the result as a QC Test.

Always record problems. Perhaps a failure was inapplicable, or there’s a defect the first Tester didn’t spot. If so, discuss it with the Tester; put it in the incident book – learn from it! Then somebody’s got to tell the customer – or not! Personally I believe honesty is the best policy. Customers rarely get upset if you’re honest, and whilst it might cost money to resolve things that’s money well spent sending a ‘quality comes first’ message to customers and staff.

At my Testing Station, every few months we open later than usual to do MOT Training exercises. Sometimes I get a Tester to inspect a car for MOT (not logging it on!) with other Testing staff looking on with a clip-board and a pen. I discretely tell the Tester to purposely ‘forget’ two items, and challenge the onlookers, both Testers and Assistants to spot the two deliberate mistakes.

Sometimes the Tester becomes so focused missing those items, that other Testable items are missed. The onlookers on the other hand, expecting only two errors – stop concentrating as soon as two errors are made. It’s a good lesson all round on concentration, showing that you cannot afford to lose your focus during an MOT inspection – even if you are only watching!
Just one Tester?

It’s not so easy with just one Tester. VOSA’s Vehicle Examiners used to periodically visit such sites to do QCs, but not anymore. I believe that most sole Tester/AEs are diligent over their Testing. Nevertheless, open-minded self-criticism is essential to maintain quality. They’ll also have been on the MOT Manager course with its insights into how poor Testing arises, how to detect it, and how to judge the quality of their own performance.

Some AEs, with little technical knowledge about the MOT Test may struggle when employing Testers. Even so, the analytical ideas already discussed would apply. But in such situations, the use of an outside Trade Body to regularly QC the Tester(s), would be money well spent.

Equipment choice affects efficiency and productivity. The quickest way to complete an MOT inspection is using a pit, and a trained Assistant writing down what the Tester calls out regarding defects and advisory notes. The Tester just does the MOT inspection. Using automatic, or one-person Test lanes with a vehicle lift takes longer because Testers need to record the findings during the inspection, and lifts take time to go up and down, but automated equipment eliminates the need for an assistant, reducing payroll costs.

Some Testing Stations, cramped for space have the brake and/or headlamp Test equipment remote from the vehicle lift. This has operating complexities in moving vehicles around, but enables two Testers to work at the same time on different cars, using different parts of the same Test lane.

Every Testing Station is ‘risk assessed and gets a red/amber/ green risk score, and it’s in every Testing Station owner’s interest to get a low ‘risk score’, become a ‘green’ garage and therefore less likely to have unwelcome disciplinary visits from DVSA. Due to shortcomings of the DVSA’s risk assessment scheme, however, it doesn’t mean that Tester(s) at green VTSs necessarily get it right. Remember too, just one disciplinary issue could endanger your Authorisation to Test, or plunge you into the red.

Also, record everything, either on the computer or in writing. VEs need good evidence of what you do, and don’t necessarily take your word for it.

A successful Testing Station needs to be profitable. This means continuously monitoring the business’s commercial performance and adjusting the marketing policy to optimise profitability.
However, losing the company’s authorization could threaten its commercial success or even its very survival. That’s why it’s important to continuously monitor the quality of Testing with constant scrutiny and awareness of how Testers perform. Keep records. Don’t be complacent – disciplinary disaster is just one mistake away…